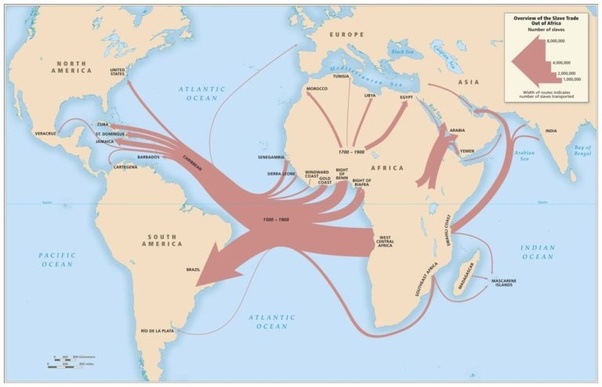 In the 1760s, only a small portion of Western Europe was free of slavery, as anti-slavery philosopher Adam Smith had to admit.[i] From the 1760s forward, slavery was constantly under attack with growing force, the slave trade suppressed and slavery abolished in one nation, state and territory after the next. Christianity drove the anti-slavery movement forward. Part of the motivation was the global awareness that Barbary pirates from North Africa enslaved white Christians and that to insist on the end of Barbary slave raids, Christendom was morally bound to end its own such traffic. The world increasingly thought globally.

Great Britain was the most prominent world leader in abolishing first the slave trade and then slavery. European imperialism ended thousands of years of slavery in the world.[ii] The British Slavery Abolition Act of 1833 took full effect in 1838, outlawing slavery in most of the British Empire, with some exceptions. The British continued to use indentured servitude. Great Britain paid compensation to slaveholders, but not to freed slaves, under the 1833 terms of An Act for the Abolition of Slavery throughout the British Colonies; for promoting the Industry of the manumitted Slaves; and for compensating the Persons hitherto entitled to the Services of such Slaves.

The United States was ahead of most of the world in outlawing the slave trade effective January 1, 1808, just a few years after the end of the First Barbary War. From the time of its attack on a sustained, worldwide and increasingly powerful basis, about 100 years of American antebellum slavery occurred in the South. With significantly increasing moral and political power, evangelical Christian leaders, enlightened philosophers, socialists, humanitarians and theologians said American slavery was wrong – even though it was accepted and the legal norm worldwide until about 1834. Vermont, Massachusetts and New York abolished slavery well before the British Parliament acted to free British Empire slaves. The Thirteenth Amendment to the U.S. Constitution did not pay compensation. It was a taking of property without due process of law according to Southerners. War changes things. The United States officially abolished slavery itself about midway in the process of worldwide abolition. Today, the United States leads the world in combating international human trafficking. The U.S. Department of State rates other nations’ anti-trafficking efforts under the Trafficking Victims Protection Act of 2000, as amended by the William Wilberforce Trafficking Victims Protection Reauthorization Act of 2008.